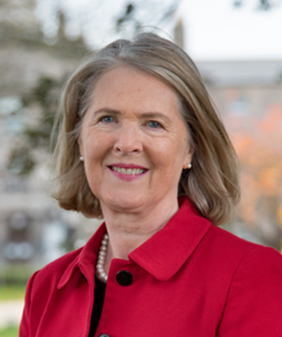 Director of Equality, Diversity and Inclusion

Yvonne Galligan is Director of Equality, Diversity and Inclusion and Professor of Comparative Politics in Technological University Dublin. She was founding director of the Centre for Advancement of Women in Politics in Queen’s University Belfast and is now founding director of RINCE. She is a past Vice President of the International Political Science Association, past President of the Political Studies Association of Ireland. She is serving a second term as Honorary Treasurer of the Political Studies Association. Yvonne has served, and chaired, a range of public boards, including the Parliamentary Commission to Consider the Consequences of Devolution on the House of Commons (The McKay Commission, member), the Women in Science Task and Finish Group, Wales (member), the Equality and Diversity Advisory Panel for the UK Research Assessment Framework (member) and The Markievicz Commission (chair). Yvonne has led three successful institutional Athena SWAN Silver applications, and has advised many institutions in Ireland, the UK and North America on their Athena SWAN (or equivalent) applications. She has extensive experience of reviewing institutional equality plans as part of research council funding applications, and of reviewing full applications, for the European Commission, NORFACE, the Swiss and Belgian research councils, the Academy of Finland, the Canadian Research Council, among others. Yvonne has produced over 100 publications on gender equality, including reports for governments, international organisations, and scholarly outputs. In recognition of her commitment to advancing gender equality in public life and in the academy, Yvonne received an OBE, Honorary Fellowship of Trinity College Dublin, an honorary doctorate from the University of Edinburgh, and elected a Fellow of the Academy of Social Sciences. She is also Honorary Professor at Queen’s University Belfast.