Making the Leap: Choosing to challenge the status quo

The event, which took place on Tuesday, 15 June, on the topic of Making the Leap, was chaired by journalist Alison O’Connor. Almost 100 people attended the event, and many contributed comments to commend the speakers for being insightful, honest and constructive.

The WLHE Network was established in 2016 to empower and enable women in all roles in TU Dublin and to encourage time for reflection on their personal and professional development and career advancement and enhancement.

Dr Claire McDonnell, Assistant Head of School of Chemical and Pharmaceutical Sciences, launched the event by welcoming and introducing the speakers.

In a conversation that ranged from the importance of a supportive partner and family, people who influenced her and her views on how women are treated in politics, EU Commissioner Mairead McGuinness highlighted the importance of conquering fear, of standing back and considering a problem from all angles, of being resilient, of making connections with others and of asking Who? What? Why? Where? and When? questions. Reflecting on her career, she highlighted that even in difficult situations, there have been opportunities and that staying open-minded about what might come next, and realising that she would have regrets if she didn’t try, has allowed her to take advantage of those opportunities. As she advised the audience, “if something doesn’t work out, put your best foot forward, and something else will”. She noted that ‘failure’ is often just a step to another opportunity. She highlighted the importance of proactive leaders like Ursula Von Der Leyen, whose ongoing efforts have resulted in the inclusion of more women in the EU College of Commissioners.  Finishing, Commissioner McGuinness urged the audience to maximise career opportunities, do what they are currently doing to the best of their abilities, and be open to possibilities while ditching the negativity and just getting on with what has to be done! 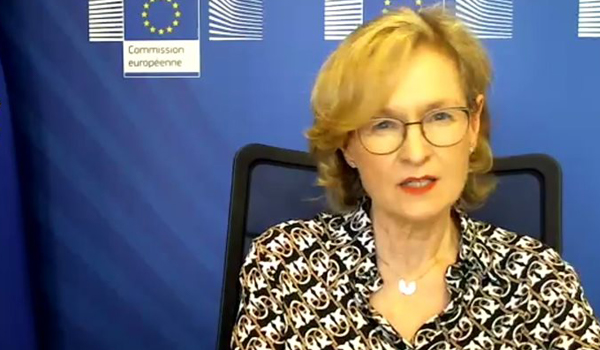 Professor Maggie Cusack, the first President of Munster Technological University,  highlighted the importance of advocating for inclusivity in her new role. Speaking on the theme of taking the leap, she reflected that focusing on doing her job well meant that finding the headspace to assess her career advancement often took second place. She suggested that attendees should take time to reflect on and make conscious decisions about their own career journeys. She referred to research which indicates that because of socialisation and the ‘unwritten rules’ that exist in society and in the workplace, women may be more cautious in applying for jobs and in highlighting their achievements in interviews and urged the audience to reflect on how they might pay conscious attention to that phenomenon and find ways to address it. Prof Cusack noted that “it is important to learn from failure” and highlighted the importance of women supporting and encouraging each other through mentorship as well as in other ways. 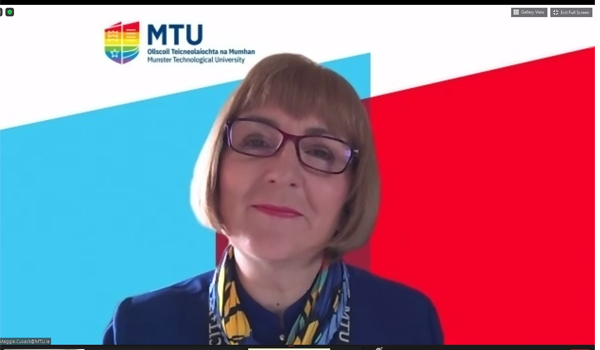 Closing the event, Dr Denise O’Leary, Assistant Head, School of Hospitality Management and Tourism at TU Dublin,  encouraged attendees to reflect on the past year in light of the themes that had emerged during the morning and to decide how they might embrace challenges, make connections, make conscious decisions about their careers, look for behaviours in their working life that might be underpinned by socialised behaviour, and be ready to take advantage of opportunities when they occur. Dr O’ Leary asked the audience to send an email to themselves, calling it Making the Leap – Challenging the Status Quo to arrive on September 1st, based on their reflections and detailing something they will continue to do next year that worked well this year and something that they will do differently.  Dr O’Leary concluded the event by thanking the speakers for sharing their life and career experiences and for their inspiring advice.

For more information on the Women Leaders in Higher Education network at TU Dublin, visit here, or find us on LinkedIn.