On Saturday 17 October, Dr Aoife Connolly. a lecturer of French at TU Dublin, launched her book, Performing the Pied-Noir Family: Constructing Narratives of Settler Memory and Identity in Literature and On-Screen.

The virtual launch was hosted by the Association des études françaises et francophones d’Irlande (ADEFFI) as part of its annual two-day conference, which included a paper by Dr Connolly on the subject of “Breakdown, Recovery and (Algerian) Independence”. Professor Philip Dine (Head of French, NUI, Galway) launched the book, following an introduction by Derval Conroy, Associate Professor of French (UCD).

The book sheds new light on the million European settlers known as the pieds-noirs, who migrated to France en masse towards the end of the Algerian war (1954-1962). It explores autobiographical and fictional narratives by the settlers and, through a focus on the family trope, provides the first comprehensive analysis of settler masculinity, femininity, childhood and adolescence. Findings on the construction of a post-independence identity and collective memory have broader implications for communities affected by colonisation and migration.

Dr Connolly continued promoting the book by presenting a paper to international academics at a virtual conference: Albert Camus UK-USA Society 2020, 23-24 October. Albert Camus, arguably one of the most famous “French” writers, was born and raised in Algeria before tragically dying in a car accident in France in 1960.  Performing the Pied-Noir Family casts new light on Camus’s writings and reveals his depiction of a unique and gendered settler identity. The book also demonstrates his significant influence on subsequent narratives about the settlers. 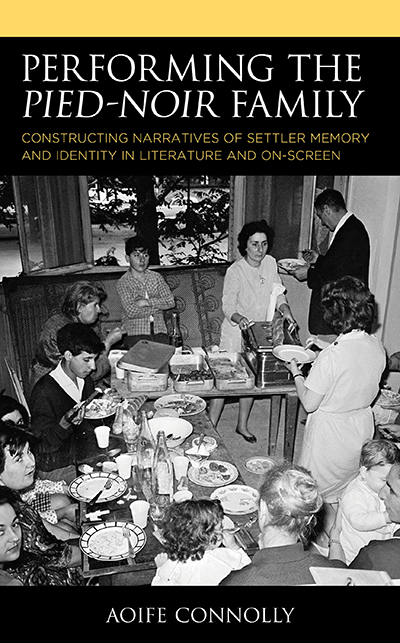