Earlier this month, Technological University Dublin (TU Dublin) was delighted to host three SciFest competitions for secondary school pupils on 4, 5 and 6 May.

The events, which took place on the Blanchardstown, Tallaght and Granegorman campuses of TU Dublin, saw 166 projects exhibited by pupils from the junior and senior cycle of secondary schools in Dublin and neighbouring counties. SciFest is an all-island STEM initiative which fosters active, collaborative and inquiry-based learning among second-level students. The programme operates throughout the school year and, being locally and regionally based and free-to-enter, is highly inclusive and accessible.

Winners from each regional STEM fair will go on to compete in a National Final in November. In addition, winners from the national final will compete at the Regeneron International Science and Engineering Fair (ISEF) in America and the Hong Kong Global Youth Science and Technology Bowl (GYSTB), attend the Long Night of Science in Berlin and participate in the Broadcom MASTERS International Programme in America. The SciFest programme is funded primarily by Intel Ireland and Boston Scientific.

Following two years of online competitions during the COVID-19 pandemic, the University was again able to host the event on its campuses in Blanchardstown and Tallaght, and for the first time following the move from Kevin Street, SciFest was hosted on the Grangegorman campus. This year was the seventeenth year in which TU Dublin (or a legacy institution) hosted SciFest, with the first SciFest competition on the University's Tallaght Campus in 2006.

Commenting upon this year's event, the local coordinator in Tallaght, Dr Brian Murray, remarked that "SciFfest is an extremely important event for TU Dublin and for our community. It is an honour for us to welcome so many young people to our campus for the day. This year, we were especially pleased to welcome a number of students who have recently arrived in Ireland from Ukraine". 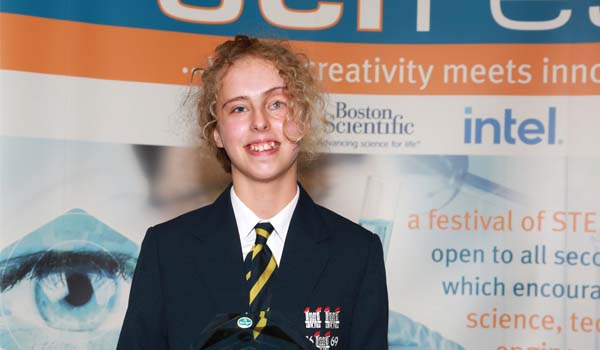 In addition to providing an exhibition of projects from secondary student pupils, the events allow pupils to engage with professional scientists from TU Dublin and elsewhere and develop their knowledge of science and careers in STEM areas (Science, Technology, Engineering Mathematics). The local coordinator on the Blanchardstown campus, Laura Corry, commented that "Learning about the importance of science in all our lives, and in the future of our planet is a central objective for SciFest – our special guest – Scientific Sue ensured all of this year's participants left the event excited about their future engagement with the sciences." 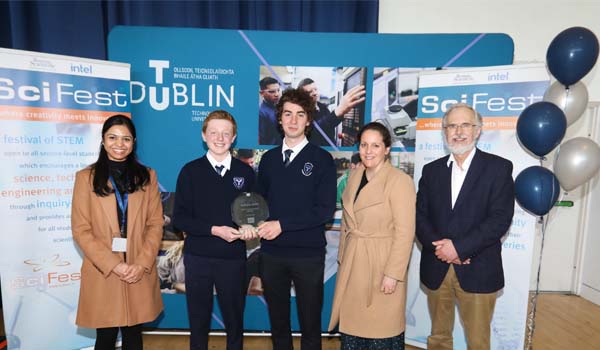 Each of the three SciFest events awarded a Best Project award as well as a range of additional category awards and special topic awards. The three Best Project award winners are listed below, all of whom will go forward to the national final in November. The local coordinator on the Grangegorman Campus of TU Dublin, Dr Ciaran O'Leary, remarked, concerning the awards that "While it is a great honour for the students and teachers involved to be selected as winners of awards, everyone who participates has a huge amount to gain from SciFest, by visiting our University campus, meeting our Scientists and working with each other to solve real problems." 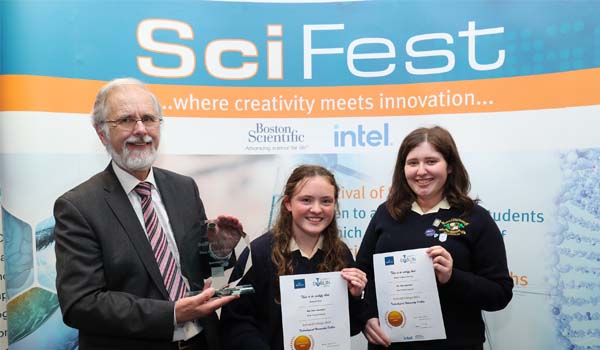 Commenting on the SciFest@TU Dublin regional STEM fairs, Sheila Porter, SciFest Founder and CEO, said: "As we mark the 17th year of SciFest, more than 80,000 students have participated in the programme to date, and we are sure that 2022 will be another stellar year for projects in science, technology, engineering and maths. SciFest gives students an excellent opportunity to develop their interest in STEM and in inquiry-based approaches to learning, while developing their creative and problem-solving skills and learning to work in a team."

Read more about the SciFest Competition.