Since 2011, the Conservatory of Music and Drama has been working with our Associate College BIMM Dublin to validate qualifications in contemporary music.  BIMM Dublin currently offers the following programmes validated by DIT:

• BA in Commercial Modern Music with Honours (DT506) – the first degree of its kind to be offered in Ireland, with specialisms in guitar, bass, drums, vocals and songwriting

Find out more about these courses.

BIMM Dublin is located on Francis Street in Dublin City Centre.  BIMM provides a springboard into the world of contemporary music through an education experience that explores technique, music culture, artistry, technology and business, thoroughly and creatively, to enable every student to define realistic career goals in order to achieve excellence and reward in their chosen path.

All BIMM tutors are music industry professionals, who are also dedicated teachers.  They teach at BIMM because of their commitment to music education.

BIMM cares about quality musical performance and has created an environment where  students  can develop as both performers and music industry professionals, within a thriving contemporary music scene . 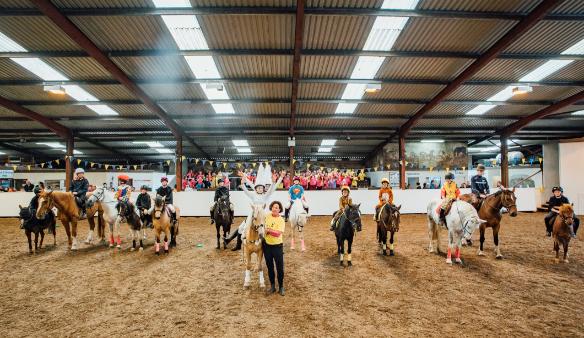 The TU Dublin Ballymun Music Programme (originally the Ballymun Wind Band Project) grew out of a ‘Breaking the Cycle’ Initiative, funded by the Department of Education and Science and DIT in St Joseph’s Primary Schools in Ballymun.  The project was conceived to help combat socio-economic disadvantage and also provide an opportunity for children to learn through the arts.Beginning with Pre instrumental Music in Junior Infants, the programme is run in partnership with 6 Primary schools and 3 Secondary schools in the greater Ballymun area. They are;

The Programme has been enthusiastically received in all of these schools.  Also, in the wider community of parents and extended families, the bands’ concerts and other public appearances are well supported, showing the benefits of playing music are widely appreciated.  Music is now firmly embedded in the fabric of these communities.

The TU Dublin Ballymun Music Programme has been the subject of two films:  A Fanfare for Ballymun (2004, produced by DIT Media Production Unit), and Ballymun Lullaby (2011) by Frank Berry.  The Programme has grasped the imagination of the children, parents and the wider community in a very positive way.

New compositions have added a great impetus to the development of the Music Programme. Beginning with a composition “ Fire” by Elaine Agnew , for Choir and Wind Band in 2003, the Ballymun Music Programme has been involved in 6 new compositions and performances. The current one is “ASYLUM”(working title) by Irish composer, Andrew Synnott.

COMPOSERS WE HAVE WORKED WITH

The experience of developing and performing new music is an essential ingredient in demonstrating the power and possibility of creation.

We have been lucky to have had the opportunity to work with the following composers.

Written for choir, school band and strings, this piece was recorded in the Axis, Ballymun by BBC Northern Ireland. Produced by Simon Taylor.

Written for Jazz Band and School Band, this piece was commissioned by the Ballymun Regeneration Ltd

Written for Choir and Orchestra. This suite of pieces was recorded by the Ballymun Music Programme, Cor na nOg and the RTE Concert Orchestra, conductor David Brophy, and went on general release. Commissioned by the DCC Tower Songs project.

Written for Wind Band as a soundtrack to a 1913 silent movie, “Dr. Jekyll and Mr. Hyde” Performed as part of the DCC Musictown festival in The Grand Social.

Written for Wind Band as our contribution to the 1916 Anniversary celebrations. This piece was loosely based on the contemporaneous ballad “The Tri Coloured Ribbon” and performed in the Axis Ballymun.

Written for Wind Band to commemorate the 21th Anniversary of the Ballymun Music Programme and performed in the Axis Ballymun, conductor David Brophy.

Written for Choir and Wind Band. This piece has been conceived as a testament to the past, present and future, of the TUDublin campus in Grangegorman. The performance of this piece has been delayed due to present Covid 19 restrictions.

“The Horse Opera “, an” Epic struggle between Good and Evil”;was a partnership project developed between The Ballymun Music Programme and The Limerick Horse Project during the 2018/19 school year. It involved two Primary schools; St. Josephs SNS in Ballymun,Dublin, and Corpus Christi NS in Moyross,  Limerick.

The Ballymun Music Programme developed the music through the Choir and Band in St. Josephs and the riding performance was created and performed by the Limerick Horse Project (Director Lesley Jones) and Corpus Christi NS. Corpus Christi also contributed a choir and the essential dramatic personel.

The development of this project included visits to each other’s schools, where the children got to work and play together as the piece progressed, culminating in a performance for parents at the Clare Equestrian Centre in Quin, Co. Clare in June 2019.

'Ballymun Lullaby' is a feature documentary that follows music teacher Ron Cooney and his students on a journey to create a collection of music inspired by the Dublin housing estate of Ballymun. Winner of the prestigious ‘Director Finders Award’ from the Directors Guild of America in association with the Screen Directors Guild of America, the film received a cinema release in Ireland, receiving mostly 4 star reviews from national press including The Irish Times, The Irish Independent and the RTÉ Guide. In March 2012, the film received a prime time broadcast on RTÉ 1 resulting in further enthusiastic reviews, extensive press attention and national discussion.

The Music Room is situated on the St. Josephs SNS campus and was built by Ballymun Regeneration Ltd., the Managing Director; Mr Ciaran Murray was a great supporter of this initiative.

This room was custom designed as a music rehearsal space by architect Cian Harte.

History Revision was a jazz based composition and educational collaboration between composer Dylan Ryanhart, the Fuzzy Logic Band, The Ballymun Music Programme and Alexandra College.

Culminating in a performance in Meeting House Square, this was captured on film by Hilary Fennell.

Rainbow Prism was the product of a Music Ensemble Project run by the Axis in collaboration with the Ballymun Music Programme. This project explored the possibilities of group musical composition and expression of ideas outside of a mainstream performance vehicle. This performance took place in the Axis Theatre in 2008.

Across 2008-09 producer, Helen Shaw recorded in Ballymun for the Athena Media radio documentary 'Tower Songs' a project where the children and young people of Ballymun told their story of how their place was changing through music and song.

“Tower Songs is a one hour radio documentary produced by Athena Media for RTE Lyric FM. It follows the development of a music project in Ballymun where the young people of Ballymun were able to create their own song cycle which celebrated the transformation of Ballymun and honoured the passing of the Ballymun Towers. Produced by Helen Shaw and researched by Niamh Kinane, the documentary was broadcast on February 14th 2009. The Athena Media radio documentary won Gold at PPI Radio Awards 2009”

Pianos Plus Schools offer piano tuition to students of all levels, ages and abilities.  The schools are official feeder schools to DIT Conservatory of Music and Drama – each year, talented students (aged 18 and under) are selected to transfer their piano studies to the Conservatory.

Further information is available at www.pianosplus.ie

The Conservatory has had a long and very fruitful relationship with St Patrick's Cathedral and Grammar School.