< Back to Search Results

Standard University requirements for admission to Level 6 programmes include a requirement for 5 x O6 grades in leaving certificate subjects (including Mathematics and English) or equivalent. Applicants aged over 23 may be considered as mature students.

Some places may be reserved for suitable applicants from under-represented groups in IT including female candidates.

This course is aimed at those seeking to work in the ICT sector. Focused on the fundamental skills needed to work in a data centre this programme prepares you for an initial technical role in data centres. The programme has been designed in conjunction with AWS experts and is based on previous successful programmes developed in other AWS locations.

Data centres are the fundamental engines on which modern ICT runs. They give major ICT players the capability to deliver services world-wide 24x7. For a range of reasons including climate, available skills and available power, Ireland has become a major hub for data centres with many major multinationals having a significant data centre presence in Ireland.

Data Centre Technicians are technically competent problem solvers with good technical skills, an ability to deliver under pressure and an exceptional ability to communicate and report technical scenarios clearly.

AWS Sponsorships
As part of their support for this programming in IT Tallaght area, AWS are making available 20 scholarships to allow successful scholarship participants to complete the programme free of fees (subject to terms and conditions).

Designed in conjunction with and supported by AWS, this programme has been designed to prepare successful participants for a career as an entry-level data centre technician. Participants will have an opportunity to gain real hands-on experience in the experiential learning elements of the programme.

Note: Periods of Placement begin from January 2020/ March 2020/ June 2020. Participants make themselves available for a period of placement.

The programme consisted of 35 credits of taught modules aligned to 25 credits of experiential learning.

The programme runs over 1 Academic Year.

Or call the Lifelong Learning Team on: 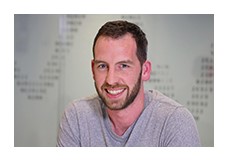 Emmet Kelly
Immediately after leaving school Emmet threw himself into an apprenticeship, learning his trade as a car mechanic – something he’d always dreamed of doing. He spent 15 years breathing new life into cars before the itch to try something new began. He considered an engineering degree and attended an open day at TU Dublin, Tallaght to find out more. He was born and raised minutes away from the TU Dublin campus in Tallaght; his first visit there would prove to be a significant one. It was at that university open day in conversation with an AWS employee that he first heard about the AWS-supported Data Centre Technician Programme, and the latest chapter in his life began with a question: “Do you like fixing things?” It was easy enough for Emmet, the mechanic with 15 years’ experience, to answer.

Going back to college marked a shift in intensity for Emmet but he rose to the challenge, studying for eight months through a series of evening and weekend lectures, workshops, and plenty of homework.

The Data Centre Technician Programme also offered the opportunity to continue learning as an intern at AWS, which Emmet took up after completing his course. The chance to learn on the job is proving invaluable. 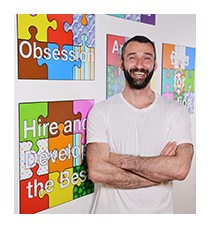 Adam Gabarov
For Adam, data centres represent a stability and security that hasn’t always been present in his life.

In 2004 he left difficult circumstances in Chechnya and sought asylum in Ireland. He laid his head where he could, staying in a hostel and living in a constant state of flux. His temporary accommodation made it difficult to plan for a future that never looked anything but uncertain – that didn’t dissuade him.

It took nine years for Adam to be granted the necessary papers for him to settle and begin working in Ireland. Permit in hand, he applied for a job working as a security guard and would end up with a contract to watch over an AWS data centre – and, of course, all the technicians hard at work to keep their systems running.

Going into formal education in a new country and speaking a different language felt like starting from square one all over again. It was a huge challenge. But, motivated and inspired by the technicians he’d met and befriended at AWS, Adam pressed on. He was supported by classmates and lecturers who recognised his potential and saw his drive.

He took on an internship at the data centre and was able to put his learning to practical use, getting hands-on experience of maintaining and fixing systems. Everything began to make sense, and Adam found his experience at study and at work pointing him in a new, surer direction. His application for a full time role at AWS was successful, and in 2019 Adam’s career as a data technician has officially begun.

Successful completion of the programme will also allow participants to progress to complete either the full-time B.Sc. Computing suite of programmes and/or the part time B.Sc. IT Management (FLITE) programme in TU Dublin - Tallaght.