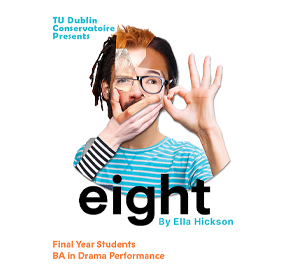 The final year students of the BA in Drama Performance are starring in Eight - a series of monologues written by Ella Hickson for the 2008 Edinburgh Fringe Festival, where the show won a 'Best in Edinburgh' award and a Fringe First award.