TU Dublin researchers at the Graduate School of Creative Arts and Media, Donal Lally, David Capener, and Sven Anderson, are part of the research and design collective Annex, which is curating the Irish Pavilion, ‘Entanglement’, at the 2021 Venice Biennale of Architecture.

The Pavilion, which will be launched  Thursday, 20 May at 3:30pm on YouTube, addresses the utopian fantasy of the Cloud, as a romantic metaphor: The cloud is material. By foregrounding the physicality of data infrastructure and its impact on the environment, the pavilion hopes to both reframe how we understand data production and its impact on everyday life.

The Irish Pavilion addresses the utopian fantasy of the Cloud, as a romantic metaphor: The cloud is material. By foregrounding the physicality of data infrastructure and its impact on the environment, the pavilion hopes to both reframe how we understand data production and its impact on everyday life.

The 2021 Irish Pavilion exhibition, Entanglement, at the 17th International Architecture Exhibition of La Biennale di Venezia, will explore the materiality of data, and the interwoven human, environmental and cultural impacts of communication technologies. The exhibition will highlight how data production and consumption territorialize the physical landscape, and examine Ireland’s place in the pan-national evolution of data infrastructure.

Ireland at Venice is an initiative of Culture Ireland in partnership with the Arts Council, and the exhibition in 2021 will be curated by Annex, a collective of architects, artists, and urbanists. Entanglement responds to the theme selected by the curators of the Biennale Architettura 2021, How will we live together? The exhibition aims to raise awareness about the materiality of the global internet and Cloud services, which is interwoven with the Irish landscape - made manifest through the vast constellation of data centres, fibre optic cable networks, and energy grids that have come to populate its cities and suburbs over recent decades.

Ireland plays a significant historical role in the evolution of global communications and data infrastructure. In 1866, the world’s first commercially successful transatlantic telegraph cable landed on the West coast of Ireland. In 1901, the inventor of the radio, Guglielmo Marconi, transmitted some of the world’s first wireless radio messages from Ireland across the Atlantic Ocean to Newfoundland. Today, Dublin has overtaken London as the data centre hub of Europe, hosting 25% of all available European server space. And by the year 2027, data centres are forecast to consume a third of Ireland’s total electricity demand.

Entanglement draws from both contemporary and historical data storage artefacts as building blocks to form the structure of the pavilion. These artefacts are assembled in a campfire formation, referencing this primitive architectural space where early human civilisations formed alliances, built social networks and eventually developed complex societies. The pavilion asserts that from the burning of campfire logs to the management of waste heat generated by contemporary data infrastructure, the production and distribution of information are intrinsically connected to the production and distribution of heat.

By foregrounding these thermodynamic processes as a link between the architectures of the campfire and the data centre, the pavilion speculates on the relationship between these forms and how diverse communities converge around them in the past and into the future. Entanglement invites its audience to experience this thermal logic themselves through real-time thermographic imaging technologies that juxtapose key sites associated with data infrastructure in Ireland with traces of human activity in the Arsenale.

These complex series of energy-intensive thermal transformations in the pavilion presents an immersive and performative visitor experience from illustrating the extent to which people are producing, consuming and disseminating data across the globe, to bringing transparency to the local and planetary scale of data infrastructure networks; for example, how a Facebook ‘like’ in Malaysia can trigger the emission of heat from a server on the outskirts of Dublin.

Ireland at Venice is an initiative of Culture Ireland in partnership with the Arts Council, and in 2021 the pavilion also has the support of: The Department of Tourism, Culture, Arts, Gaeltacht, Sport and Media; Royal Institute of Architects Ireland; TU Dublin School of Creative Arts; TU Dublin Graduate School of Creative Arts and Media; Trinity College Dublin; CONNECT Research Centre for Future Networks and Communications; University of Illinois at Chicago, Creative Activity Award; Valentia Slate, ARUP, Office of Public Works and Green on Red Gallery.

Sven Anderson – Sven Anderson is an artist whose practice operates through collaborative research, artistic intervention, participatory actions and interactive design. Sven develops projects in which different voices and perspectives surface together, prioritising shared authorship and collaborations that converge on systems articulated in public space. He is a PhD researcher at the Graduate School of Creative Arts and Media at TU Dublin.

Alan Butler – Alan Butler is an artist who has produced a significant number of technological installations in galleries and museums around the world. Specifically, his expertise lies in the use of technology and physical materials/structures to explore ideas that address the effects that current technologies have on human experience.

David Capener – David Capener, is an architect, critic, writer, academic and educator. He is a researcher at Technological University Dublin. He has taught on the master’s program at Queens University School of Architecture and has written for the Irish Times, The Guardian, The Sunday Times, and numerous other print and online publications.

Donal Lally – Donal Lally is an architect and principal at zero-degree machine [z-dm], an architecture studio that operates in areas within and beyond the traditional boundaries of architecture, landscape and urbanism. Donal is a Lecturer in Design Theory at TU Dublin. Donal’s PhD project, titled The Posthuman City, explores how data infrastructures reconfigure human and non-human habitats.

Clare Lyster – Clare Lyster is an Irish-born architect based in Chicago. She is an Associate Professor of Architecture at the University of Illinois at Chicago and founder of CLUAA. Her creative practice explores the implications of emerging technological systems for architecture and urbanism, the subject of her book Learning from Logistics: How Networks Change Cities (Birkhauser, 2016).

Fiona McDermott – Fiona McDermott is a researcher at Trinity College Dublin and a former Fulbright Scholar whose work concerns the intersection of emerging network and communication technologies with the materiality and politics of cities. She has led and contributed to numerous multidisciplinary research projects that work across architecture, urbanism, design and technology. 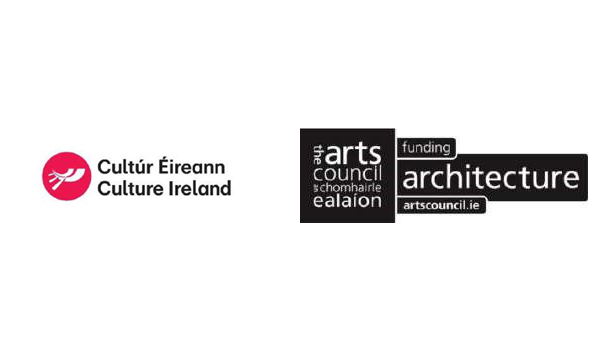