The Gender Pay Gap is an equality measure that shows the difference between the average earnings of all men versus that of all women in an organization. 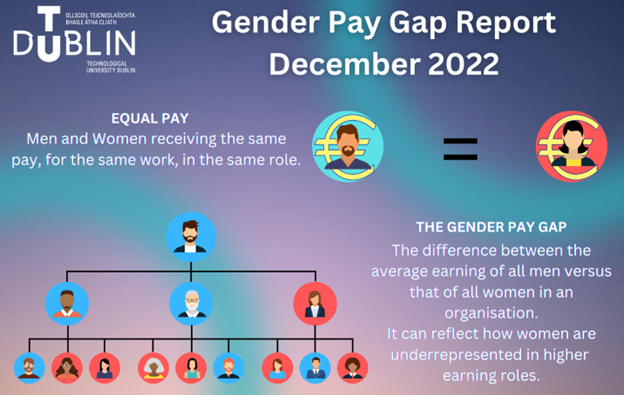 What is equal pay?

Equal pay is the legal obligation that requires employers to give men and women equal pay for like work.  Paying women less than men for the same job, purely on account of their gender, is illegal and is outlawed by equality legislation.

What is the difference between the gender pay gap and equal pay?

Men and women are paid equal pay for like work by law in Ireland.

What is the difference between the mean and the median pay gaps?

International measures also use the mean when calculating the pay gap, which enables comparisons to be made with other countries.

The median pay gap is calculated by finding the midpoint in all female and male employees’ hourly pay respectively and discarding the lowest and highest rates. Often, a median pay gap will be lower than its corresponding mean pay gap.

What are the causes of the gender pay gap in Ireland?

Causes of the gender pay gap in Ireland include: